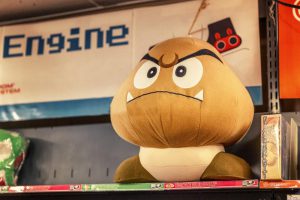 I’ve been gaming since I was about 6. My first ever gaming system was my cousin’s Atari 2600. Even though it wasn’t in my own home, once I played it, I was hooked and I’ve been a gamer ever since.

Gaming has come a long way since Pac-Man munched his way into my heart all those years ago. Something that has been such a positive part of my youth, my life, is becoming tainted as it’s becoming more mainstream. As I look around at all the negative gaming news that’s out there, I wonder if the negatives in gaming culture can be fixed.

With the internet comes so many possibilities. There are communities of gamers who are fans of every title out there. Multiplayer experiences that create lifelong friendships as well as enemies. Then there are creators that play and talk about the games for the entertainment of others on mediums like YouTube, Twitch and Mixer.

I love that we can all get together and enjoy our gaming passions, but there also is a dark side. There are people that feel it’s okay to belittle someone because they are behind the safety of the internet. Some will go so far as to DOX a person’s information so they can be threatened and harassed. Others will make SWAT calls if they are out maneuvered by someone in Call of Duty, Doom Eternal or Fortnite. This is scary and often leads to death of innocent people.

So, Why Are We So Negative?

Well the answer to this started because our ancestors had to make decisions based on life or death situations. According to Rick Hanson, Ph.D. in his book Hardwiring Happiness: The New Brain Science of Contentment, Calm, and Confidence, “To survive and pass on their genes, our ancestors needed to be especially aware of dangers, losses, and conflicts. Consequently, the brain evolved a negativity bias that looks for bad news, reacts intensely to it, and quickly stores the experience in neural structure. We can still be happy, but this bias creates an ongoing vulnerability to stress, anxiety, disappointment, and hurt.” As we evolved, our brains started holding on to these negative moments more than the positive ones as a matter of survival. Nowadays, our brains still react to nonthreatening things this way, but instead of us fighting off a bear, we are fighting our online competitors.

In the book Alone Together, by Sherry Turkle, Ph.D., she says that “we allow ourselves behaviors online we never would in person”. Doctor Turkle also states, “We do things online that hurt and damage real relationships: We’re curt with people we work with; we’re aggressive with people in our families; we bully people we go to school with.” When we let our negative feelings get the best of us, we can damage real-world friendships. This also has a negative effect on our mental and physical health.

What can we do as gamers? As parents, we should be checking the ESRB to make sure our children are playing appropriate titles and limiting game time. As adults with younger gamers in our homes, we should also talk to them about their feelings when it comes to gaming. I personally try to teach my younger family members how to deal with their angry emotions, reminding them that it is just a game after all.

When you are angry, take a time out to do something else if you are so upset that you feel like you can attack someone verbally. There’s a difference between some smack talk for fun and really trying to hurt someone. Remember there are people on the other end of the line. Think, “Would I want someone saying this to me?” before you type out or say that hateful thing. “It helps to remember that kindness is its own reward, that consequences often come to others without you needing to bring justice to them yourself, and that you can be assertive without falling into ill will.” Rick Hanson, Ph.D. Buddha’s Brain: The Practical Neuroscience of Happiness, Love, and Wisdom

This post was not sponsored, though I do partake in the Amazon Affiliate program. I’m no expert on any of these topics. I had to do my research on these and I highly recommend the books I quoted above if you want to learn more about how to deal with negativity.